A freelance journalist since 2008, my travel stories have been published in 30+ newspaper, magazine and web publications. about.me/jennifermerrick 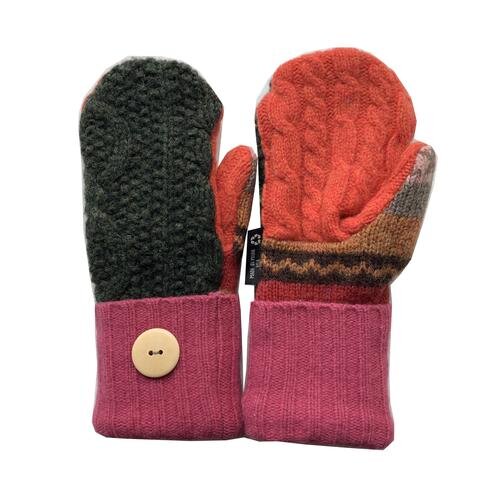 Give the Gift of Warmth this Holiday Season

Winter walloped us early and hard this year with record-breaking cold temperatures in November. And with the lion’s share of winter still in front of us, why not give the gift of warmth this holiday season?
It’s All About the Base
Ask any winter sports enthusiast, and they’ll tell you to dress in layers and get the base right. It should be close-fitting and designed to wick away sweat from the body. Columbia’s Omni-Heat 3D™ Knit Crew Top and Omni-Heat 3D™ Knit Tight patented thermal-reflectiv...

Why is learning so good for your brain?
“It stimulates the brain, which increases the connections between the neurons,” says Dr. Sharon Cohen, neurologist and medical director of Toronto’s Memory Program. It can even generate new growth, a possibility that scientists didn’t discover until recent years.
“When I was in medical school, we were taught that new brain cells were not possible for adults. But now we know that’s not true.” The more we learn, she explains, the more we have in reserve to guard against cognitive decline.
Vacations also stimulate your gray matter. 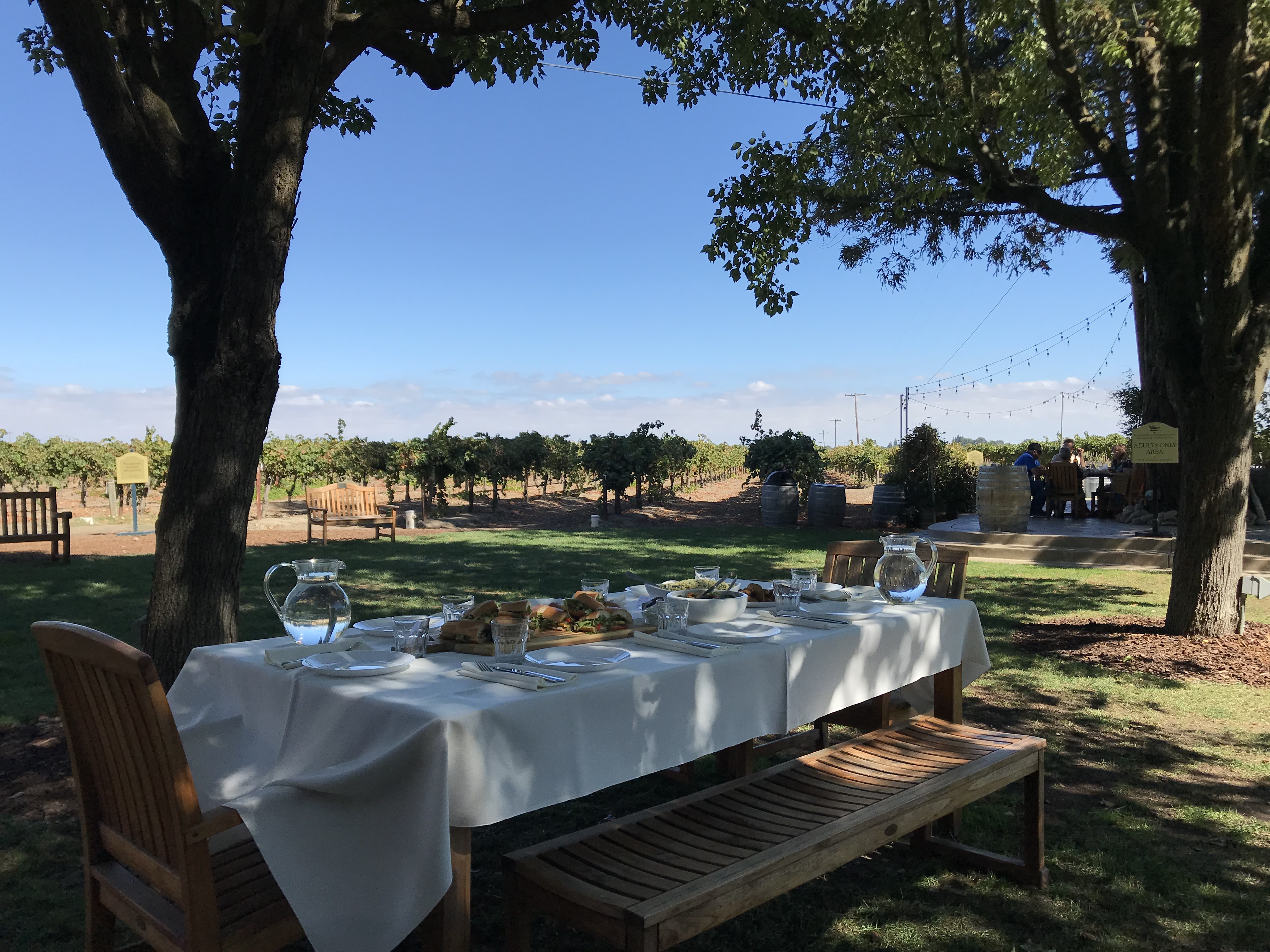 Fun Things to Do in Sacramento During an Adults-Only Visit

Food, wine, street art and Wild West history make an adults-only weekend in Sacramento a fun way to spend a few kid-free days. Don’t miss the Johnny Cash mural in this “tweener city.”
Disclosure: The writer was hosted for this trip.
Sacramento Fun
“Friendly and modest” described almost every Sacramentan we encountered on a recent adult getaway to the California state capitol.
“We’re a tweener city,” our Uber driver told us when I asked him what he liked about his hometown.
A what? “We’re in b... 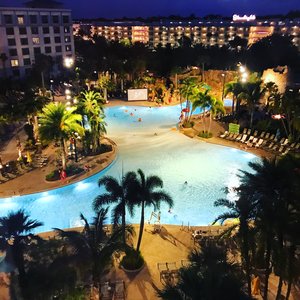 The Dream: A diehard fan, my Hufflepuff daughter has read the Harry Potter books and watched the movies countless times.
The Place: Universal Orlando, of course. At the Wizarding World of Harry Potter, we turned a corner and were transported to Diagon Alley, the story’s magical lane, complete with Ollivander’s Wand Shop and Gringotts Bank, run by goblins. We rode the Hogwarts Express at King’s Cross Station and arrived in Hogsmeade amidst the snow-covered buildings and the castle itself.
High... 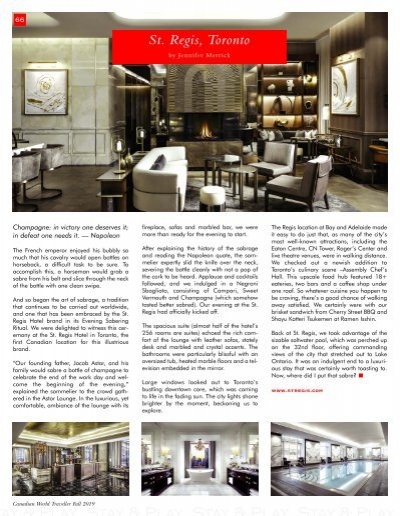 Champagne: in victory one deserves it; in defeat one needs it. —Napoleon

The French emperor enjoyed his bubbly so much that his cavalry would open bottles on horseback, a difficult task to be sure. To accomplish this, a horseman would grab a sabre from his belt and slice through the neck of the bottle with one clean swipe.

And so began the art of sabrage, a tradition that continues to be carried out worldwide, and one that has been embraced by the St. Regis Hotel brand in its Evening Sabering Ritual. We were delighted to witness this ceremony at the St. Regis Hotel in Toronto, the first Cana 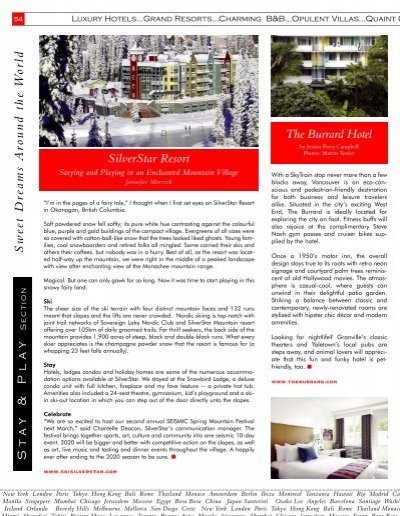 “I’m in the pages of a fairy tale,” I thought when I first set eyes on SilverStar Resort in Okanagan, British Columbia.
Soft powdered snow fell softly; its pure white hue contrasting against the colourful blue, purple and gold buildings of the compact village. Evergreens of all sizes were so covered with cotton-ball-like snow that the trees looked liked ghosts. Young families, cool snowboarders and retired folks all mingled. Some carried their skis and others their coffees. but nobody was in a hurry. Best of all, as the resort was located half-way up the mountain, we were right in the middle o

UnCruising and Unwinding in Alaska

Our ship, the aptly named Wilderness Explorer, sailed a section of Alaska’s Inside Passage, a route that weaved through countless islands along the Pacific coast. We boarded tense and tired, and disembarked, seven days later, relaxed and filled with awe by the expansiveness and staggering beauty of the Alaskan landscape. 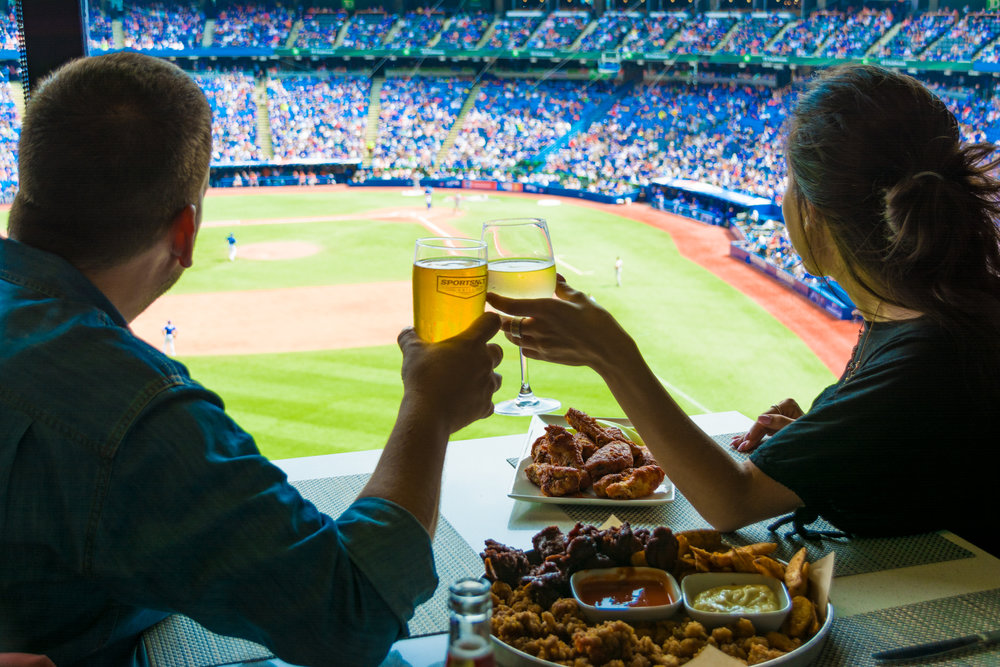 “Sport fans in Toronto have a lot to cheer for,” said James Hinchcliffe, one of Canada’s top race car drivers. We had the chance to catch him in action at the Honda Indy Toronto. This annual festival takes place in July at Toronto’s Exhibition Place with over 150,000 fans attending three days of races, displays and family-fun activities. It’s the second-longest street race in the series and has cars flying along Lakeshore Boulevard at speeds commuters can only fantasize about. “It’s like they... 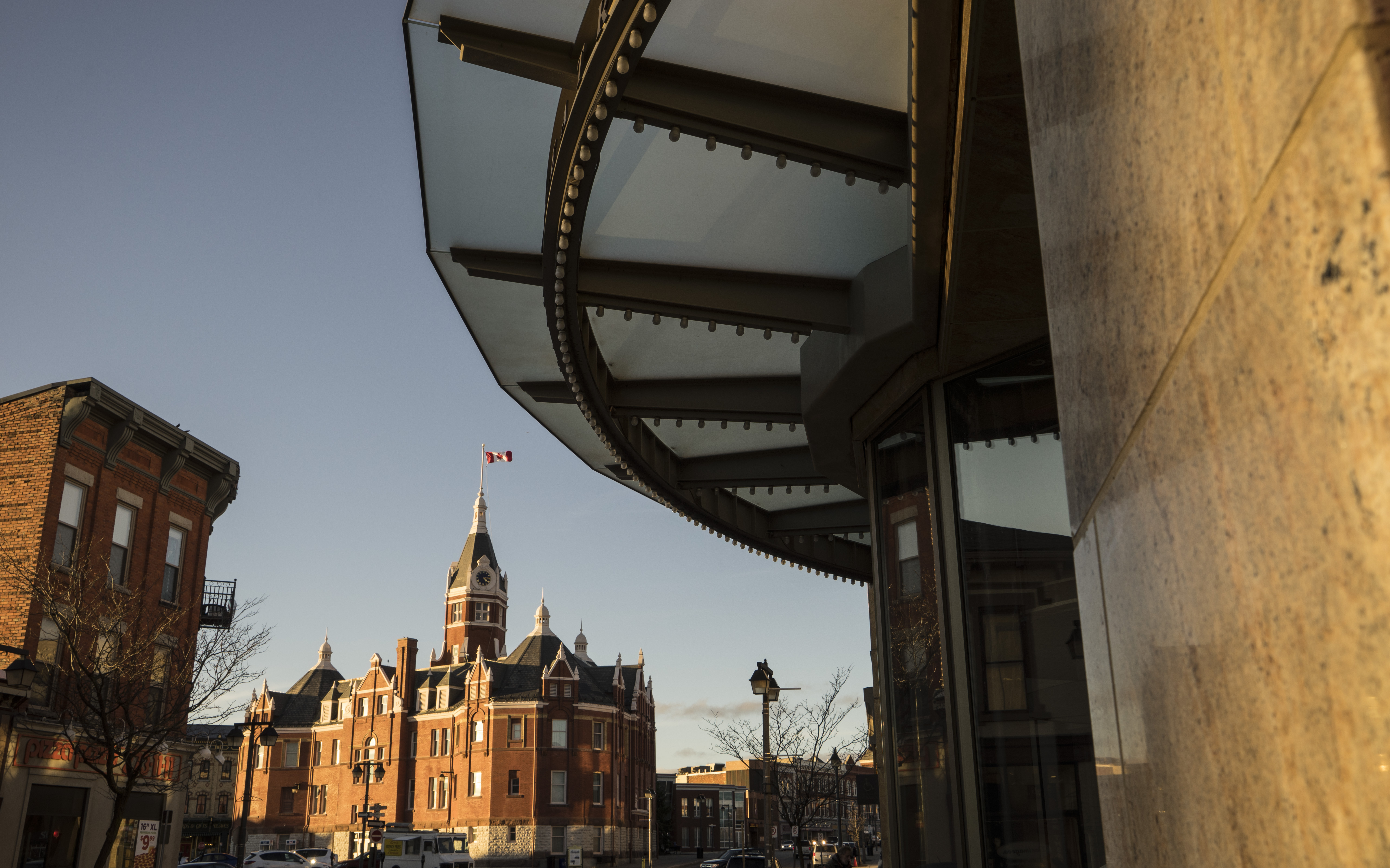 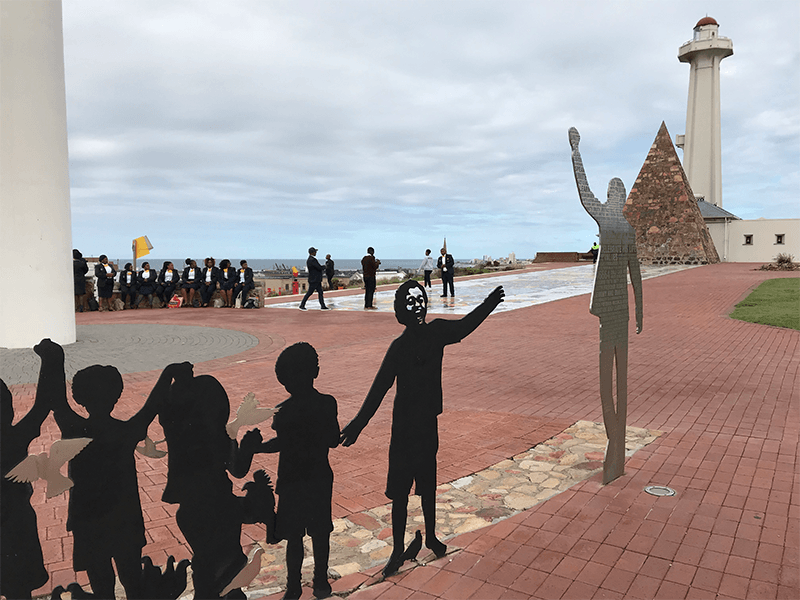 Exploring the Lands and Waters of South Africa’s Eastern Cape

Wild and rugged, yet brimming with culture and history, South Africa’s second largest province feels like its own country – an exotic and captivating one at that. The Eastern Cape, situated in the country’s southeast and bordered by the warm Indian Ocean (Cape Town, by the way, is in the Western Cape province) is known for its incredible natural diversity both on land and in the waters.
What this means is that you have a lot of choices when it comes to your vacation.
How about a big-five safa... 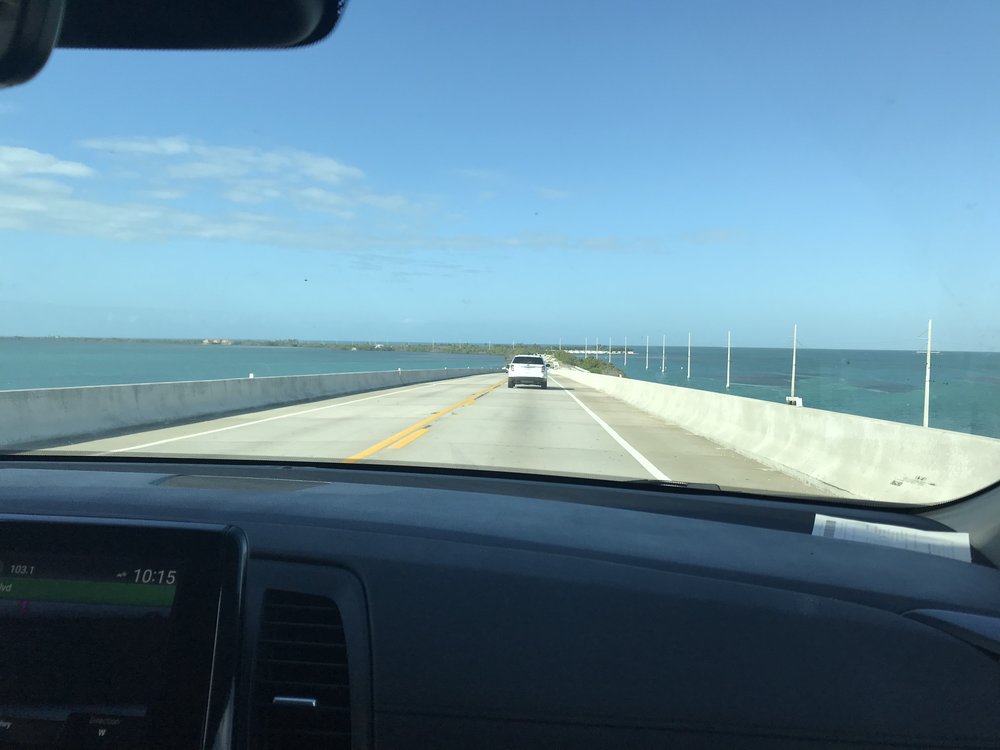 Take the kids out of school for a vacation? Not anymore.
High school exams, part-time jobs and culminating projects mean it’s a high season family vacation or stay at home. And winters are long. And cold. But four flights during high season for some fun under the sun is prohibitively expensive.
Our solution? Let’s drive til it’s warm! We had ten days, two teenagers, snorkeling gear, a cooler filled with food, and a shiny red 2019 Honda Odyssey minivan to test drive. Time to hit the road!
Raci... 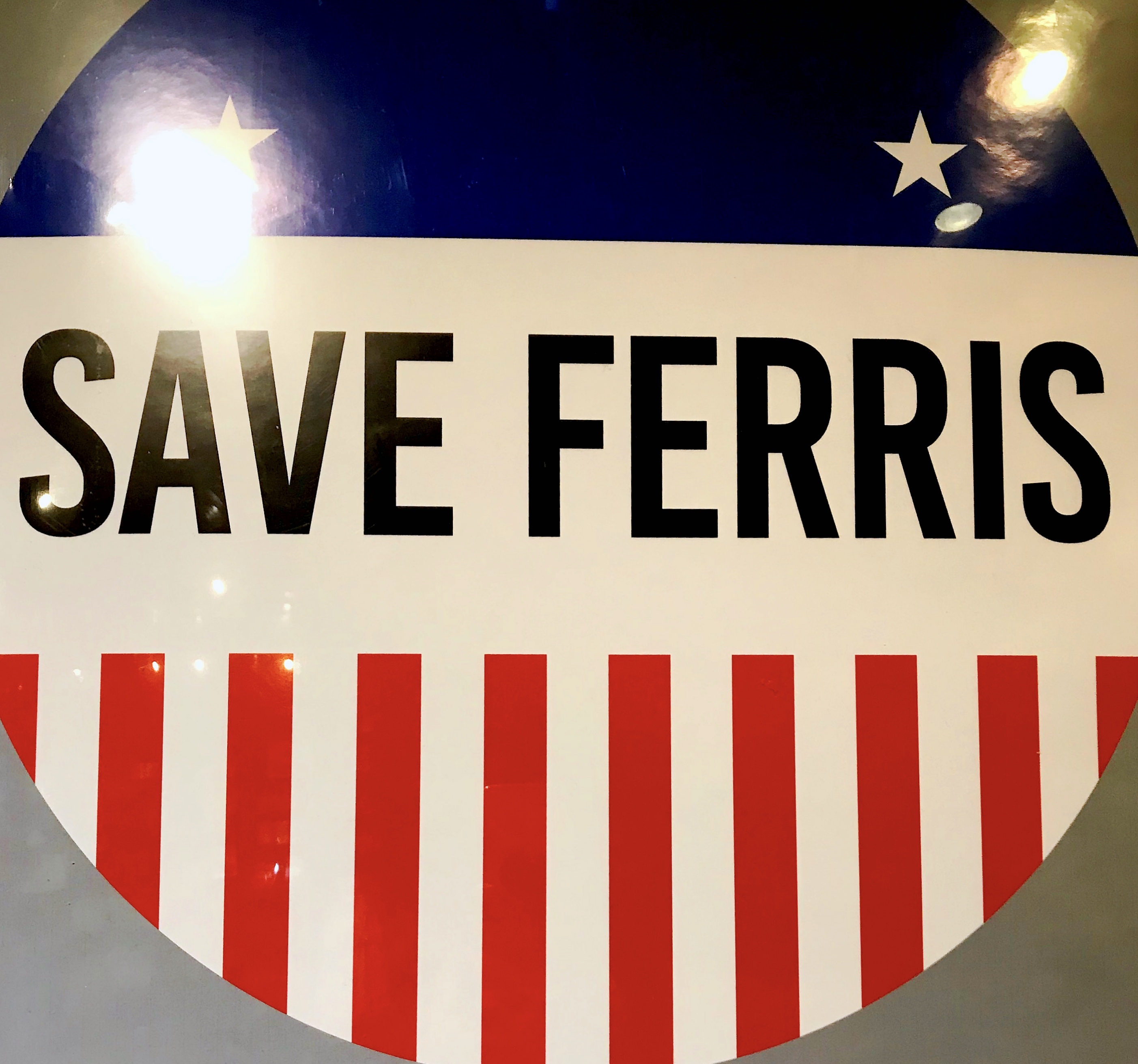 A Ferris Bueller-insired Escape to Chicago

“Life is short. If you don’t stop to look around once in awhile, you may just miss it,” exhorted Matthew Broderick in his starring role in the 1986 classic film Ferris Bueller’s Day Off, in which three high schoolers skip class to enjoy a beautiful spring day in the city. As a teen working part-time at National Video, I’d pop that VHS tape into the VCR every chance I got. Ferris was a hero to me, and many other Gen-Xers; and the movie was an inspiration to seize the day, escape the boredom of school, and do whatever you needed to have fun.
And after visiting Chicago 32 years later, I have to s

Ocean Pointe Suites, Key Largo
After driving almost 2500 kilometres with our teens to reach the beautiful Florida Keys, it was a treat to relax for a couple of days at the Ocean Point Suites. There was just so much space! All of the 170 accommodation at the resort are suites, and ours had two bedrooms (a considerable distance from each other), two bathrooms, a living room, laundry and a full kitchen. Two cozy balconies overlooked the mangrove forest and the blue Atlantic Ocean behind it.
Not only did the suites give us plenty of breathing room, the resort itself felt expansive and secluded wit 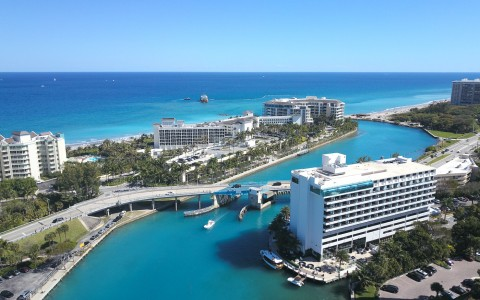 Water, water everywhere…
“Wherever you are in the hotel, you’re looking at water,” explains Jennifer Graham, a spokesperson for the hotel.
Located at the southernmost point of Florida’s Palm Beaches in Boca Raton, this luxurious boutique hotel overlooks both the Atlantic Ocean and the Intracoastal Waterway.
So whether your balcony is on the north or south side, you’re enjoying lunch or relaxing poolside in a cabana, holding a meeting in the event spaces or taking wedding photos on the dock, you are greeted with an H2O view. 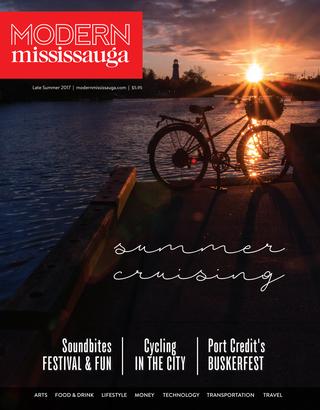